Travis Bickle ....and The King Of New York Hacks. 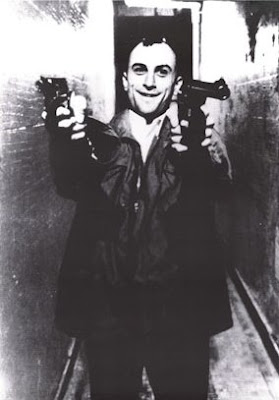 I remember the first time I watched the movie Taxi Driver about the troubled Travis Bickle as he roamed the dirty New York City streets. The year was 1976,the Bicentennial celebration was happening which was quite memorable if you were in NYC. Those were the days where fireworks were so popular you couldn't see across the street at the end of the night waiting for the smoke to settle.

I remember fishing in the harbor off Staten Island watching the ships sail in from 200 years ago with the anticipation as if I were there the first time they arrived. I remember someone shooting their gun off under the Verrazano Bridge celebrating the stroke of midnight and the scary feeling of a ricochet that accompanied it.

Now, today as I reflect on those moments I think of Travis Bickle...Why? Because I AM a Taxi Driver. When I saw the movie, I never thought in a million years that one day I would be behind the wheel of this unique and adventurous employment.

Although I do have a day job,and the acquaintances and colleagues that I encounter on a daily basis has led me to a comparison of sorts that are almost the dissection of a time capsule that I have dug up, and am relaying my find to you. As the election nears and the world is changing, I am curious to your thoughts...Please leave them in the comment section. These are troubled times, and having them in my rear view mirror is a very up close seat to view it all.

The following is a quote from Travis with an updated version of the quote by The King Of New York Hacks which he has been heard reciting in these current times.

Travis Bickle: All the animals come out at night - whores, skunk pussies, buggers, queens, fairies, dopers, junkies, sick, venal. Someday a real rain will come and wash all this scum off the streets. I go all over. I take people to the Bronx, Brooklyn, I take 'em to Harlem. I don't care. Don't make no difference to me. It does to some. Some won't even take spooks. Don't make no difference to me.


King Of New York Hacks: All the bankers come out at night - scumbags, analyst pussies, mortgage buggers, foreclosure queens, IPO fairies, CEO dopers, Bonus junkies, bankruptcy sick, Family venal. Someday a real rain will come and wash all this scum off the streets. I go all over. I take people to the Bronx, Brooklyn, I take 'em to Harlem. I don't care. Don't make no difference to me. It does to some. Some won't even take people who work at Goldman Sachs. Don't make no difference to me.


We will get through this economic bullshit, but I hope my thoughts remain unscathed as I march on...and hope yours do as well. I am not not Travis Bickle, however I remain faithfully The King Of New York Hacks.
Posted by King of New York Hacks at 8:35 PM 39 comments: