Death of a Salesman, one of New York's best. Joe Ades.

I wrote the following article in November of this past year when I was fortunate to find Joe Ades preparing his craft of selling peelers outside my day job. I talked with him, learned a bit about him and am really happy I photographed and videotaped his entire pitch. He was a sales icon of the city streets for many years and he will be missed. I found out he passed on from an email that The New York Times sent me requesting a picture from my sight , however I didn't get the email until late last night and there were plenty of other photos on the net. This is a repost of my article in tribute to Mr. Ades who was what New York is all about. If you have not read it before, you will enjoy it, and if you have, enjoy it again. I'm glad I have a peeler from Joe, I will think of him often, just as I did the day before I found out he passed on while I peeled carrots with it. Life. Always playing tricks on us. My condolences to the Ades family. 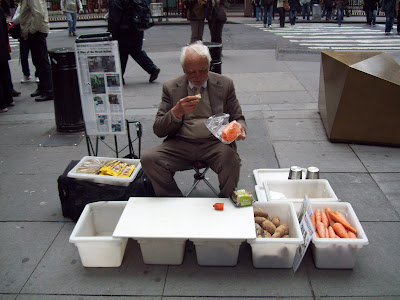 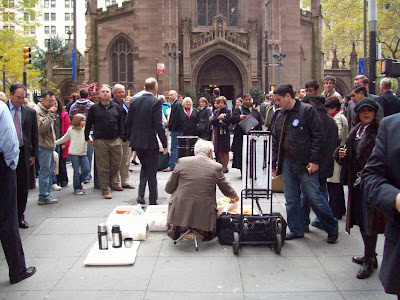 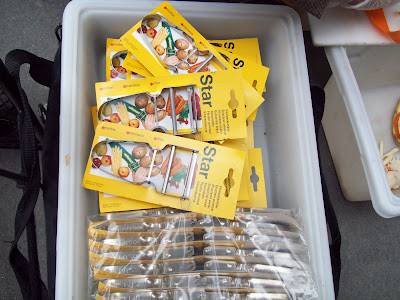 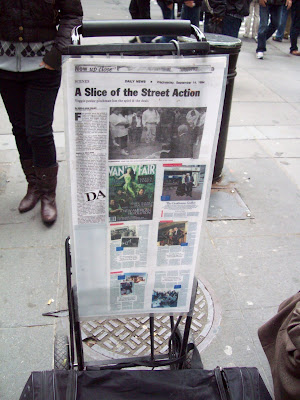 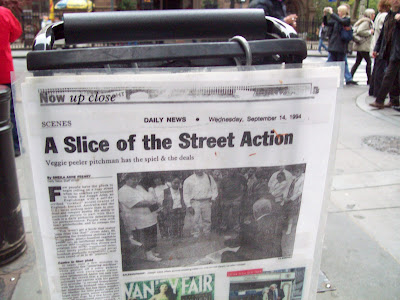 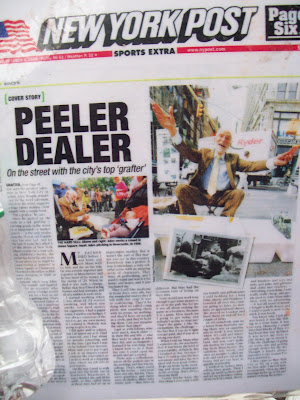 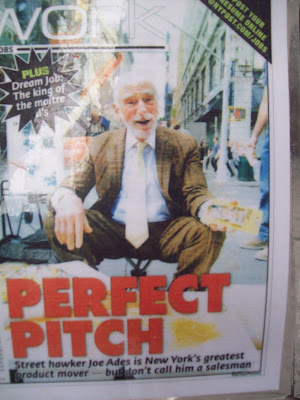 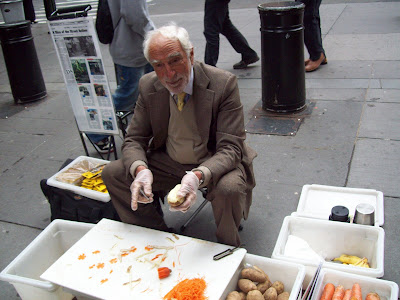 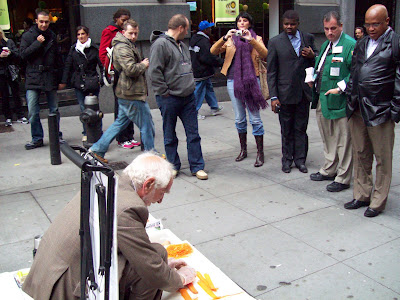 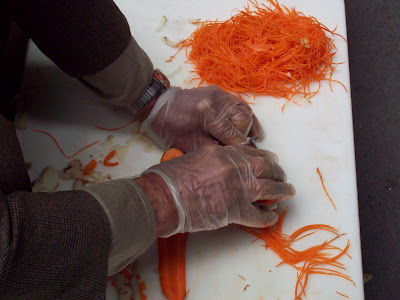 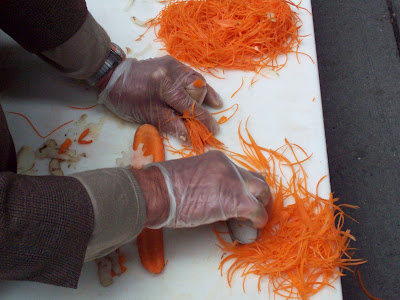 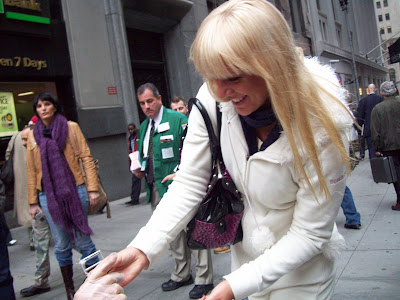 In the following videos you can hear a guy trying to ask him about the books he sold ten years ago to which he ignores, stays professional and continues on, also in the second video which shows his full show. The bells of Trinity Church are ringing but Joe can drown them out with his passion for the peeler. 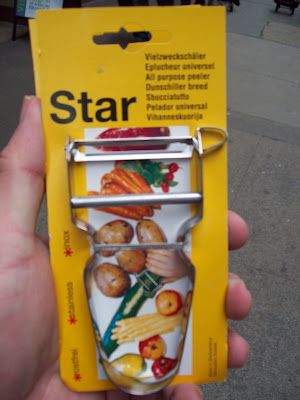 So in closing, Joe Ades was a character that gave New York that special pulse and New York has certainly lost its pulse for a moment, but that's where new people like Mike Alaska The Drummer, Otis Houston The Black Cherokee, ALL my fellow NYC taxi bloggers, ALL my blog readers, New Yorkers, and I come in to bring the pulse back to a proper rhythm. Thanks for being a vein in the heart of the city pumping for so long Joe. It's the people who make up the arteries of this city to make it the great city it is, not greedy executives, unscrupulous politicians, billionaire socialites whose husband was pardoned by Clinton, lying brokers,crooked cops who shake down bars in Staten Island or the Mayor who pays them so little that they are driven to these acts of desperation and crime. Damn shame that it is.

Today Joe Ades, you are The King of New York, and one day I will help you peel some potatoes where you are in peace, as I will be one day too. Thanks for the memories Joe. Peace out peelers.
Posted by King of New York Hacks at 10:56 AM 30 comments: